How to smash a design internship and get hired full-time.

Your (online, sigh) degree show has been a blast and you’ve fully spruced up your design portfolio ready for that ‘real world’ experience. So, what’s next? A lot of studios directly recruit junior designers off the back of internships, but in an unpredictable landscape like a pandemic, landing yourself the right creative internship can be even tougher. We asked the best qualified person in the studio what it’s like to be in those exact shoes, and how to smash an internship to get hired full-time.

Junior Designer, Claudia Aggett, looks back at her journey with Fiasco over the past year; from Class of 2020 Falmouth University graduate, to securing herself an internship here at Fiasco HQ in Bristol, to becoming a bonafide designer and an integral part of the Fiasco Design team.

So, firstly if we rewind about a year… What were you hoping to get out of a design internship?

Experience, experience, experience! During my second year I had the opportunity to intern at various agencies like Design Bridge, Pearlfisher and Supple Studio, which prepared me for life at Fiasco a year later. Design internships are invaluable. They allow you to soak up so much knowledge from the industry and first-hand experience of working in the real world – things university simply cannot teach.

How did you know Fiasco was the right studio for you?

Some people will consider the size of the studio, but this didn’t really matter to me as much as the studio culture and dynamic. It’s all about whether you are supported and nurtured in everything you do; given responsibility for projects, and feel inspired each day.

I had been following Fiasco online for a number of years and always got a sense that they were a tight-knit family. They have a fun and positive studio culture which is something that really mattered to me. The overall eclecticism of projects really captured my eye and I could really imagine my work being amongst. Not only that, but receiving the ‘From the Studio…’ newsletter each week gave me a little snippet of life in the Fiasco studio, and I wanted to be a part of it all.

How did you land the interview?

Through my endless twitter scrolling in the days after graduation, I ended up coming across Ben’s tweet looking for design graduate portfolios. I dropped in my URL and shortly after I had an email in my inbox asking for a chat… That’s how it all began! At the time, I had no idea that would lead to such an amazing opportunity, but here we are!

Up to 30k people graduate with a design degree every year, what do you think made you stand out?

I knew graduating in a pandemic would be a tricky one, so I wanted to make sure that I wouldn’t get lost amongst the crowd. I made it my goal to do something helpful so I created the ‘Class of 2020 Slack Community’ – a platform for exchanging and sharing ideas in a safe and supportive environment. It’s now a group of over 150 graduating creatives from Birmingham to Brazil, and everywhere in between!

Alongside this, I genuinely enjoyed being a part of the online design community on Twitter, Instagram and Linkedin. It meant that I wasn’t just another ‘applicant’ but a real person with a personality.

During the interview, I made sure I remained myself and talked through my work in the most passionate and genuine way. It helped that the interview was relatively relaxed, more a ‘chemistry check’ to make sure I wasn’t an absolutely maniac! It was just as important for me to interview Ben and the Fiasco team, to see if they were a good fit for me and really get a sense of what the studio was like.

What were your first impressions of working at Fiasco, did anything surprise you?

Fiasco is FAST, but don’t let that scare you. Without the ability to overthink it removes creative barriers and complexities that regularly come with designing, therefore you go with your instinct – which is usually right. In the most positive way, I was thrown in at the deep end. I was given the trust and responsibility to work on projects independently; presenting to clients, responding to feedback, and seeing projects from start to finish.

What have you found challenging during your first year in a design studio?

Working from home during lockdown 2.0 was difficult. I had just moved down to Bristol, everything was exciting and then the doors closed. I struggled to ‘turn off’, resulting in late nights simply because there was nothing else to do.

Initially, I found public speaking nerve-wracking – not helped by the fact that I had spent the previous 6 months locked indoors! In the industry there seems to be more pressure on getting your words right as you want to do your work justice. Since returning to the studio, I feel as though I am getting my groove back.

Did the internship change any of your preconceptions about working at a design studio?

When I was at university, I viewed the industry as something ‘untouchable’ or completely beyond my reach. I felt as though there was a barrier between a design graduate and the big design world. Since graduating have now realised that everybody is human and all of these designers who I look up to and admire have been in the same position as me.

What advice would you give anyone who’s just about to graduate and might be looking for a design internship?

To keep it short and sweet… get your name known. Be present, be proactive, but most importantly be yourself. People cannot offer you your dream job if they don’t know you exist! I benefited from being active online before I was actively looking for opportunities, but it doesn’t mean you’re too late to start.

Whilst many of the studios I contacted would have loved to be in the position to recruit, the majority simply couldn’t. It’s deflating, but that never means the conversation is closed, it might just be a waiting game right now.

Most importantly, remember to be authentically yourself – “comparison is the thief of all joy” afterall.

Finally…Best part of working at Fiasco for the past year?

The fondest memories have to be all the times the Fiasco team have spent time together outside of work. I think it’s so special that everyone is genuinely great friends beyond the studio doors and that is why working at Fiasco is such an absolute dream..!

Follow Claudia via twitter: @claudiaaggett / insta: @designby.claudia. Fiasco Design are currently looking for design graduates to take part in our paid design internship programme. If you’re a recent grad, get in touch with your portfolio. 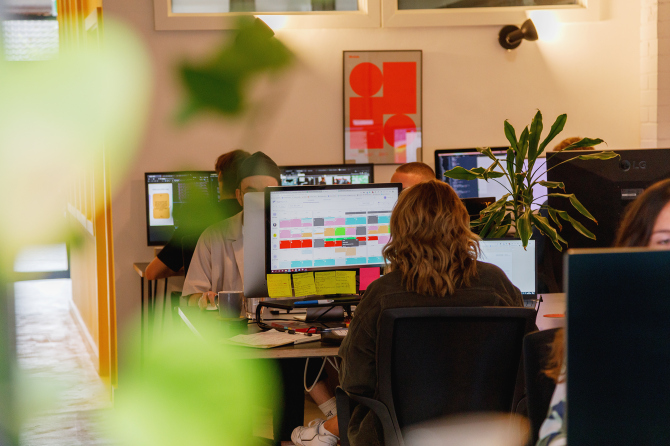 We’re hiring… Design DirectorWe have a unique opportunity for a highly-motivated, inspiring Design Director to join us in the next stage of our journey, helping to build brands with character for our clients. At Fiasco we blend brand and digital to solve problems in unexpected ways. With big ideas and thoughtful details, we pride ourselves on creativity that […] 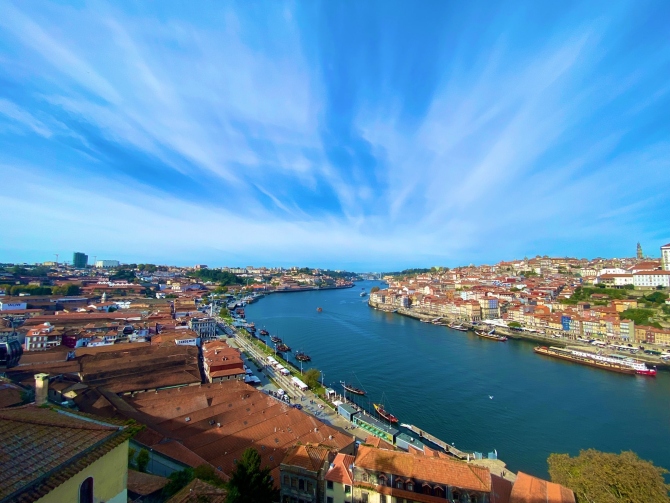 FD Annual Trip 2021 – PortoWe’ve just got back from our Fiasco annual trip. This year we headed to sunny Porto, Portugal for an extended weekend. We always have an incredible time, and this time round was no different. At Fiasco we believe that a good work/life balance is fundamental to the creative process and doing our best work. Being […]

Branding beyond a logoBranding is often reduced to one single visual component: a logo. Logos often spearhead a brand’s visual identity and are often the most distinctive asset a brand has in its armoury. So it’s easy to see why logos take centre stage and are often subject to public debate.  Whether they involve a piece of type, […] 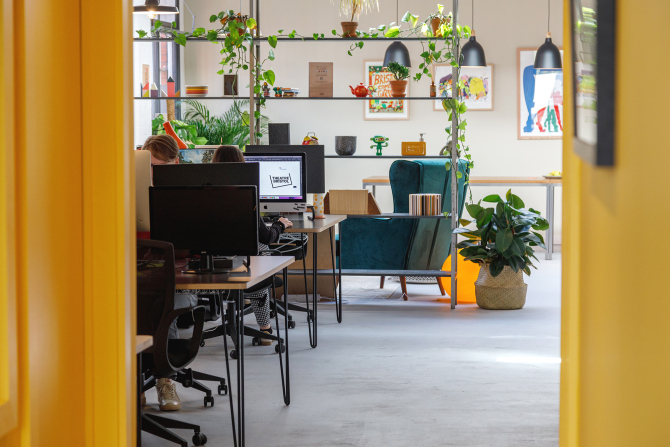 The Hybrid Studio: What We’ve Learnt So FarIn April we opened the doors to our brand new studio space, and welcomed back the team after what felt like an eternity apart. Since then, we’ve operated a hybrid studio, combining working from home with working from the studio. Now a few months on, we surveyed the team to see how they are finding […] 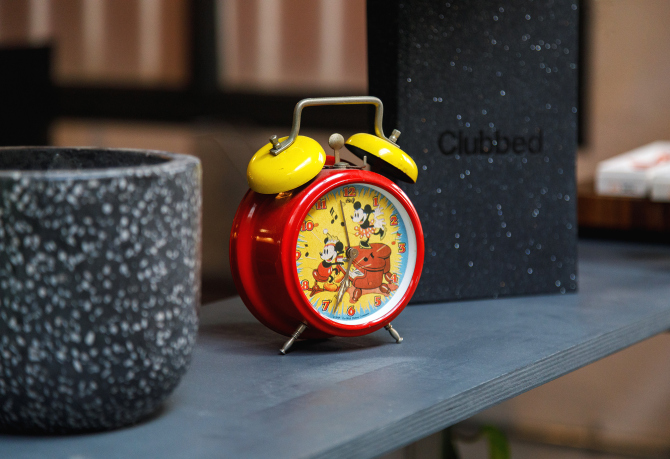 Summer Hours – Why we’re switching to a 4-day weekFor 6 weeks this summer, Fiasco Design will get zero work done on a Friday. Absolutely nothing. We will be working Summer Hours. Summer Hours – a concept borrowed from the team at Basecamp, is a practice we’re trialling for the first time this year. From mid-July until the end of August we’re moving the […]