Between the sheets: Falling back in love with the printed word

I’ve always loved magazines. Since I was young enough to remember, spending money on magazines has been a bit of a hobby of mine and over the years I’ve built up a huge collection of varied titles, most of which are boxed up and are unlikely ever to see the light of day again. It’s their tangible nature that I love most.

I can’t profess to be an avid reader and I only ever get through an entire book when I’m on holiday (this is mainly due to my inability to concentrate on one thing for more than about half an hour) but the beauty of magazines is that they don’t require your constant attention. They can be picked up and browsed at leisure, without the need for any long-term commitment.

For a time however, I fell out of love with magazines. With the rise of mobile technologies I found myself reading more and more articles online. I found less reason to spend £10-£15 on a monthly or quarterly publication. Online content was right there in my pocket, accessible any time I wanted it. Magazines just weren’t as convenient. But however convenient reading articles online may be, I started to think that it’s not really real, is it? I mean, you can see words on a screen but you can’t touch it. You can’t smell it. You can’t study those big glossy images and in most cases, you can’t admire it’s beauty as a tangible object.

Over the past few years, independent publishing has experienced a resurgence. According to Jeremy Leslie (the man behind magculture.com) in this article for the Guardian, this is thanks to the internet. The internet has given people a platform to voice their opinions, and the natural next step is to create something more permanent. Some might argue that it’s more of a reaction to the digital age we live in and the want to create something tangible, something that exists past line’s of code. Whatever the reason, it’s resulted in a flood of brave new indie publications, which aren’t restricted by barriers such as advertising.

Below are some of the publications that have inspired me recently and made me fall back in love with printed magazines. I’m sure there are magazines which hold a special place in your heart and occupy your shelves. If so, leave a comment at the end of the article…I’d love to discover what you’re reading! 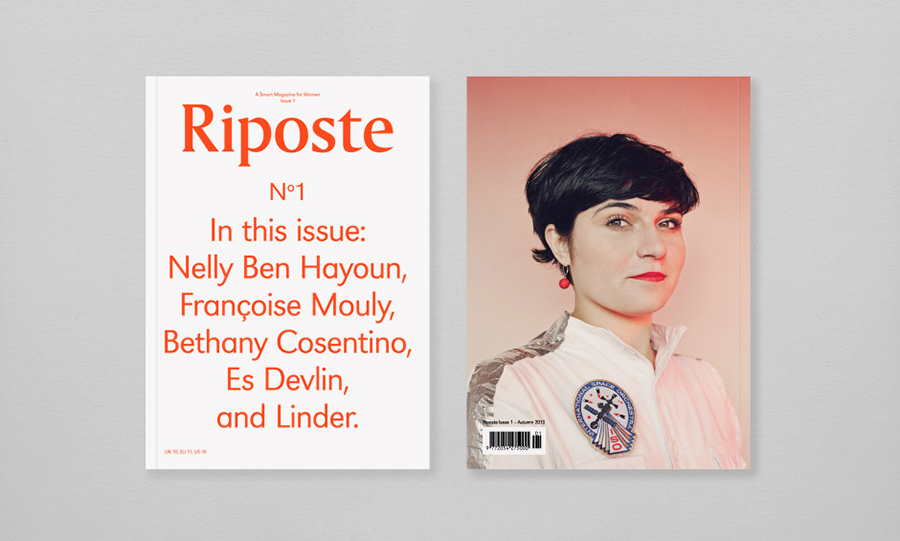 Riposte describes itself as the “smart magazine for women”. A new bi-annual publication (the first issue was released in November last year), it offers “intelligent content and inspirational women in a beautifully designed format.” It follows the format of “five ideas, four meetings, three features, two essays and one icon” and it doesn’t fail to deliver. The first issue includes interviews with experience designer Nelly Ben Hayoun, The New Yorker Art Director Francoise Mouly and set designer Es Devlin. Not a bad start. As you would expect, the magazine is beautifully designed and covers a broad range of content from style/fashion to art and design, and travel. 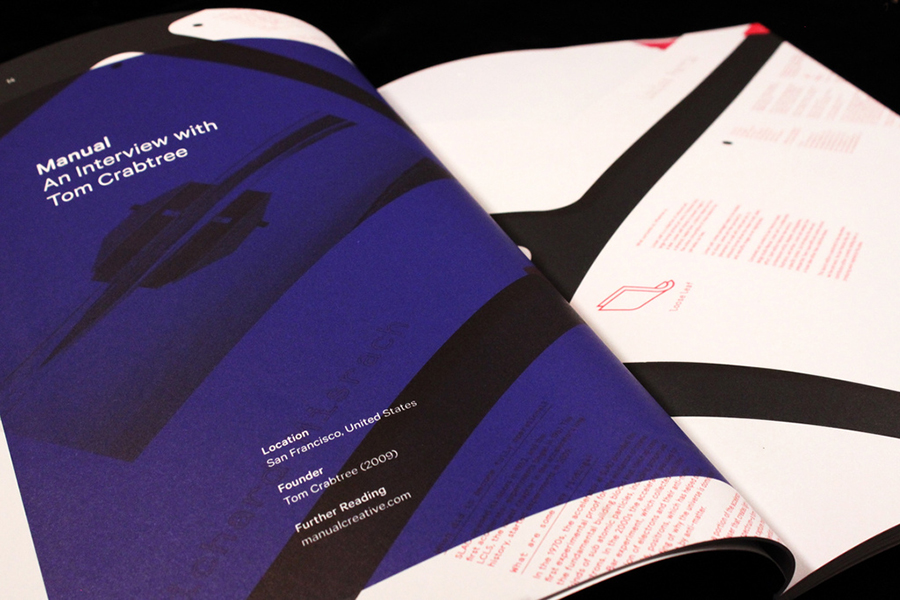 Process Journal is a quarterly released graphic design publication produced in Melbourne, Australia. According to the Process Journal site, the aim of the journal is to “not only serve as a source of inspiration for designers but to take a look at the ‘process’ behind some of the world’s most influential creative work.” The current issue (issue 9) features branding work from visual communications agency Manual, work from London design studio Build and packaging design by Swedish graphic studio Bedow. The publication is informed by a minimal design and uses strong typography and a clean layout to support some really rich content. 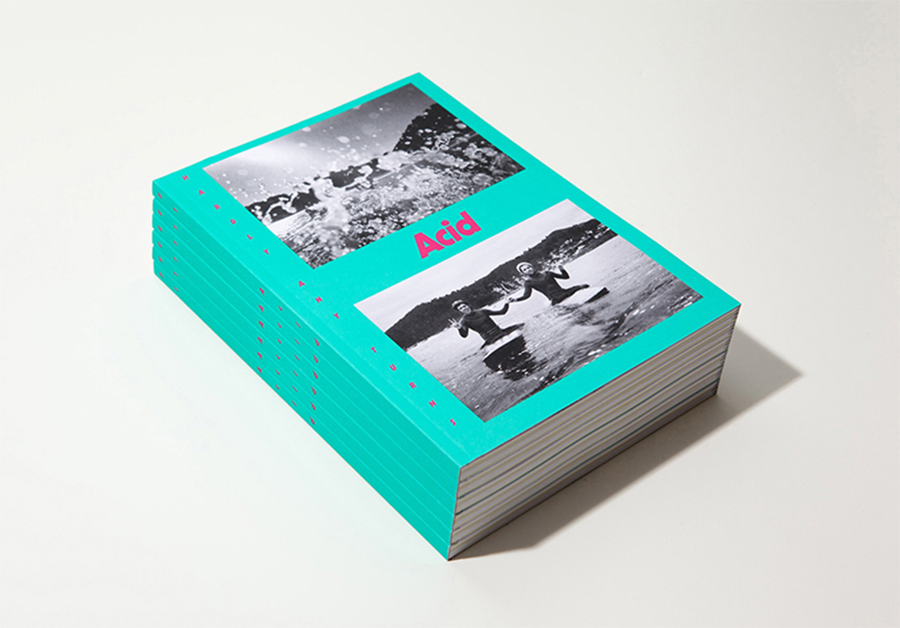 Acid is a magazine about more than just surfing. The magazine sets out to portray surfing in a broader context and “explores it’s fringes with art, science, philosophy and poetry”. As a result you don’t have to be a surfer to enjoy the articles within this plucky little publication. Now into it’s second issue, it’s bold use of colour, experimental layout and use of photography makes it a real treat on the eye and a fascinating read. 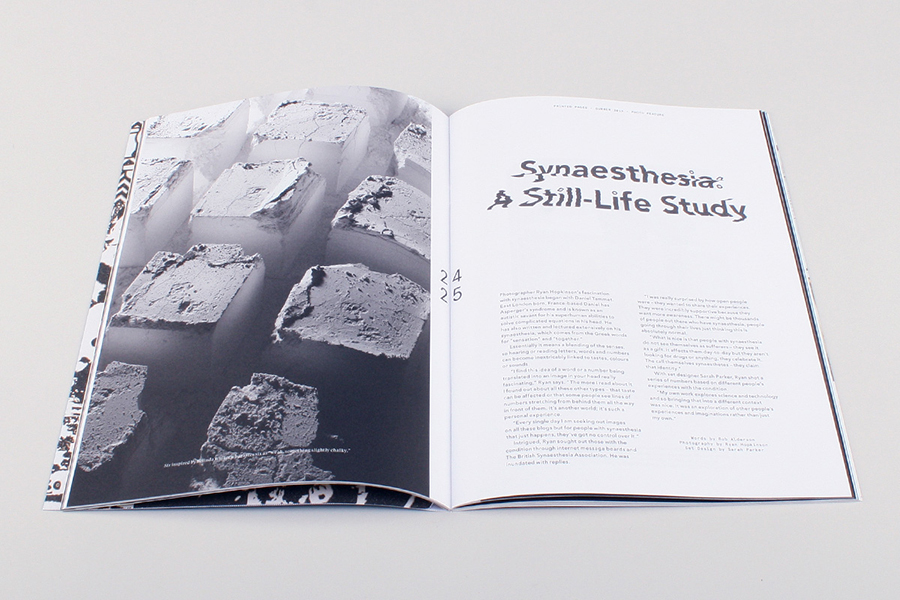 Brought to you by the good people at It’s Nice That, Printed Pages is a quarterly magazine aimed at “championing creativity across the world of art and design”. In this interview with Stack, Will Hudson, Founder and Director of It’s Nice That, describes the magazine as “different to a lot of magazines out there” as they try to “add an element of depth and discovery and less on current/exclusive content.” Now into it’s fourth issue, each edition features a bold, illustrated front cover and 84-pages of insightful and arresting content. Previous issues have included interviews with illustrator and comic book artist Chris Ware, Jon Goode (illustrator behind the Guess Who? games), the team behind Modern Toss and legendary graphic designer Seymour Chwast. And, at a cost of just £4 (+ P&P) you don’t have to break the bank getting your hands on a copy.

In the Net: This week Hoverboards, FKA Twigs X Google Glass and a library-based love storyThis week In the Net a charming new music video from film producers CANADA, the worlds first Hoverboard on Kickstarter and FKA Twigs directs and stars in a new concept film for Google Glass. CANADA music video for Verkeren The super cool Barcelona-based filmmakers and producers do it again with this library-based love story for Spanish […]