Words and images by Sean McGowan

Ride + Design is a one-off event in Bristol hosted by the Arnolfini and put together by The West of England Design Forum and local Bristol digital agency Pixillion Digital. The unique one-day event set out to explore the close relationship of bicycles and design, bringing together some of the biggest names and brands in the British cycle industry to speak and discuss with designers and bike enthusiasts alike.

James Fairbank of Rapha stated that “the design of our products is the core of our brand”. The luxury cycling brand, founded in 2004 by Simon Mottram, had a clear brand identity from day one. Their small graphic design team consisting of just two full time staff and three freelancers, work with just two typefaces and pre-determined colour schemes to help keep design work “simple, appealing and recognisable”. 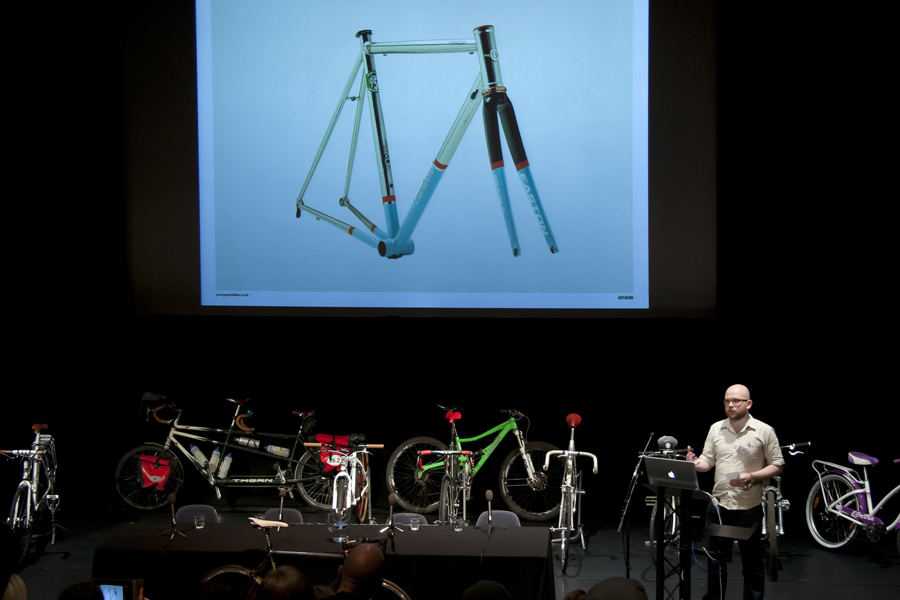 Working closely with freelance photographer Ben Ingham has allowed Rapha to “capture the human emotion of cycling”. The work produced consists of tight crops and beautiful landscapes, becoming their signature style that helps reflect the luxury nature of their products. Rapha were also quick to recognise the future role of moving image in defining the brand, commissioning on a regular basis short films to showcase new collections resulting in over 200 films to date.

With cycling moving to the forefront of the British sporting arena, Ben Spiller of Condor Cycles says “it’s becoming hard to ignore the influence of cycling in the world of design”. The brand moved most of it’s manufacturing to Italy to be able to keep up with rising demand but is adamant about keeping the design aspects of the business in the UK. 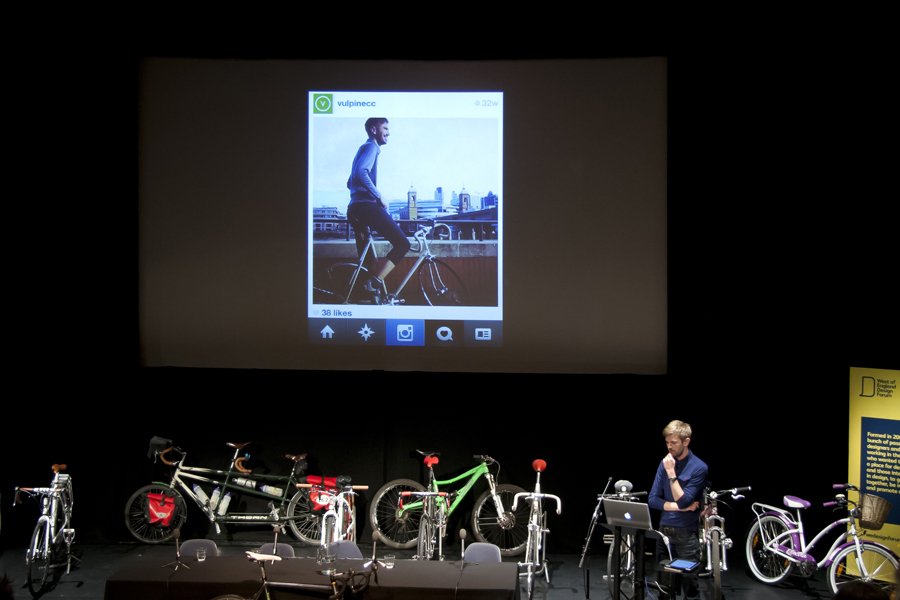 One thing that each speaker touched on in one way or another, was that they are no longer just trying to sell themselves as brands to cyclists as enthusiasts but they are now selling themselves to “normal people” as described by the slightly eccentric Managing Director of Brompton Cycles. As a result, the design has to appeal to a much larger and more varied audience than previously.

Chris Verbick spoke about his project ‘Artcrank’ that connects with designers to show their work in a more artistic environment. With shows across the U.S.A and Europe, the project displays screen printed and hand-made cycle themed designs in an almost anti-digital way. Chris also collaborated with Lezyne to light a show completely with the brands bicycle lights, in order to promote a new range of products.

One of the discussion panels focused on the effect of cycling on creativity. Merlin Crossingham of Aardman Animations stated that the majority of his ideas formulate during his commute to work. Whilst Juliet Elliot of Coven Magazine found commuting by bike and cycling in general, quite mediative – putting her into a better state of mind to work creatively. 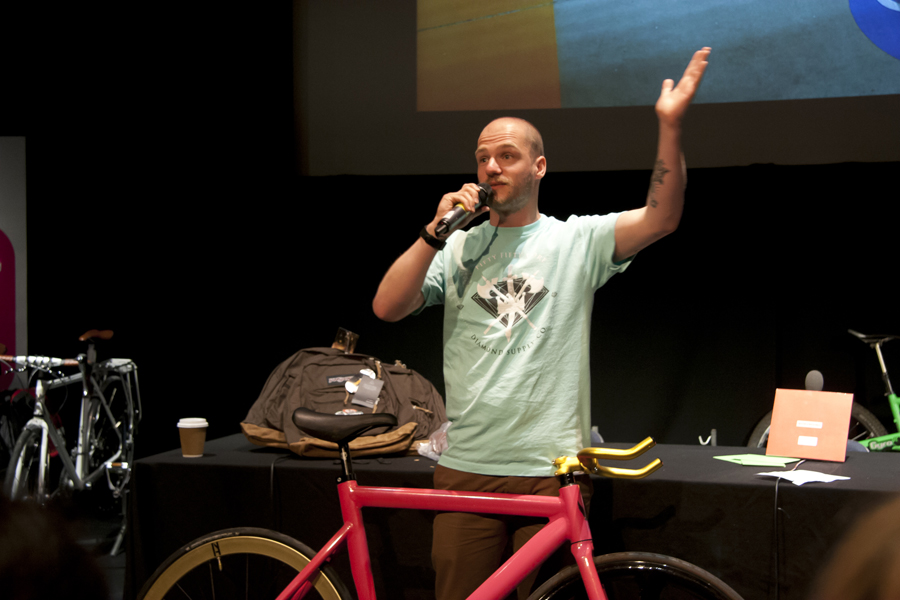 The day culminated with ‘I love my bike’ where pre-selected members of the public gave a 90-second declaration of love to their bikes with the audience voting to declare the winner of a pool of prizes donated by the days speakers.

Overall, Ride + Design proved to be a hugely successful event, offering an interesting insight into the branding, product design and cycle culture of some of the UK’s most esteemed bike companies.

For further details on upcoming events from the West of England Design Forum visit their site here. 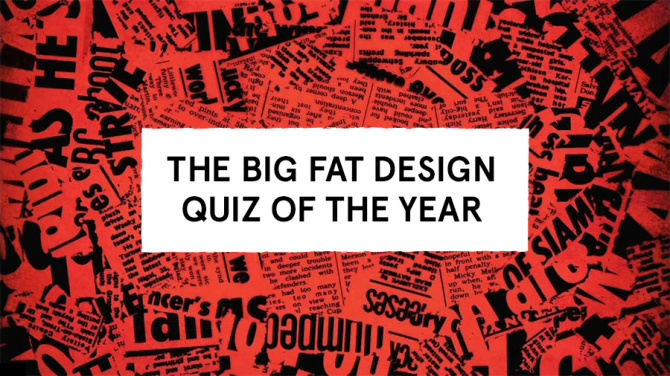 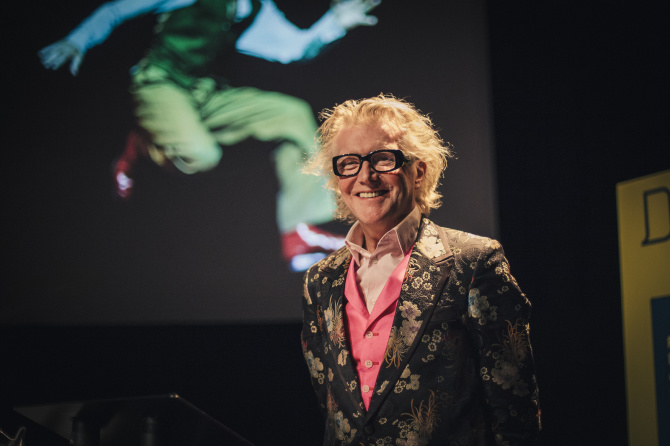 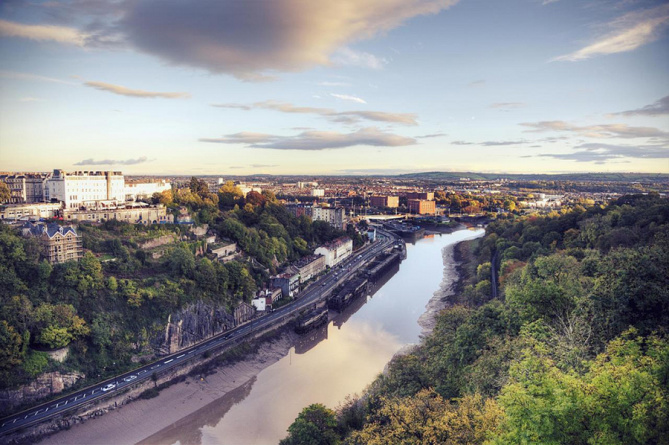 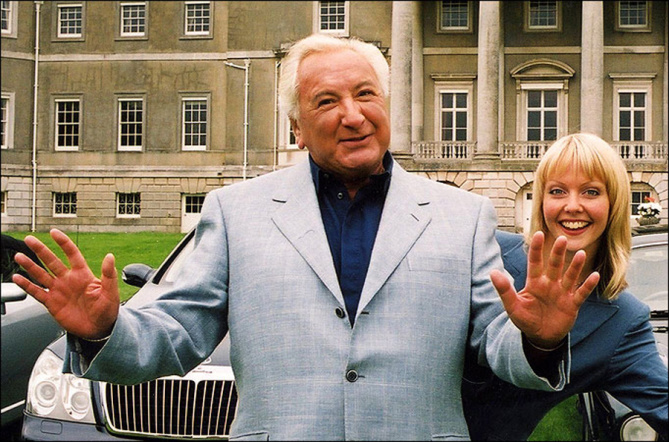 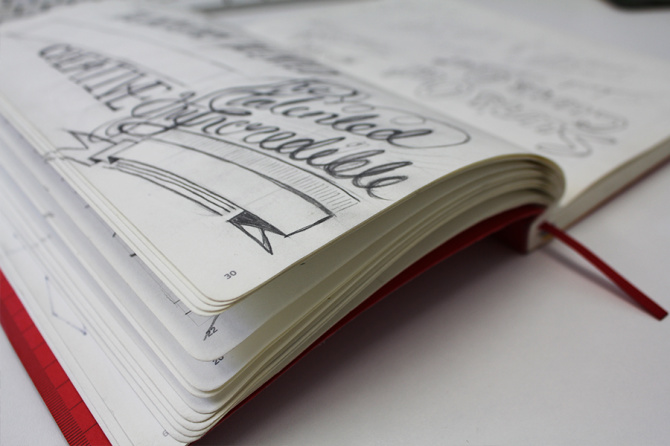