We partnered with the team at Tobacco Factory Theatres to design a new visual language, which included a complete overhaul of the organisation’s entire brand system. We were tasked with creating a more modern, flexible identity, distinguishing the organisation from it’s partners, while establishing it’s creative excellence and maintaining sense of heritage.

Tobacco Factory Theatres has forged an inspirational path to becoming one of the country’s most respected venues in just over 10 years. The diversity of the programme, which includes theatre, puppetry, classical Shakespeare, new writing and devised plays, dance and comedy, combined with the astonishing average attendance capacity of 84%, make it one of the most well-attended and popular theatres in the country.

Building on themes such as assembly, collectivism and diversity we designed a custom display typeface – Assembly – with two weights: Outline & Regular. The individual shapes that are used to make up the letterforms represent the collective nature of the organisation. 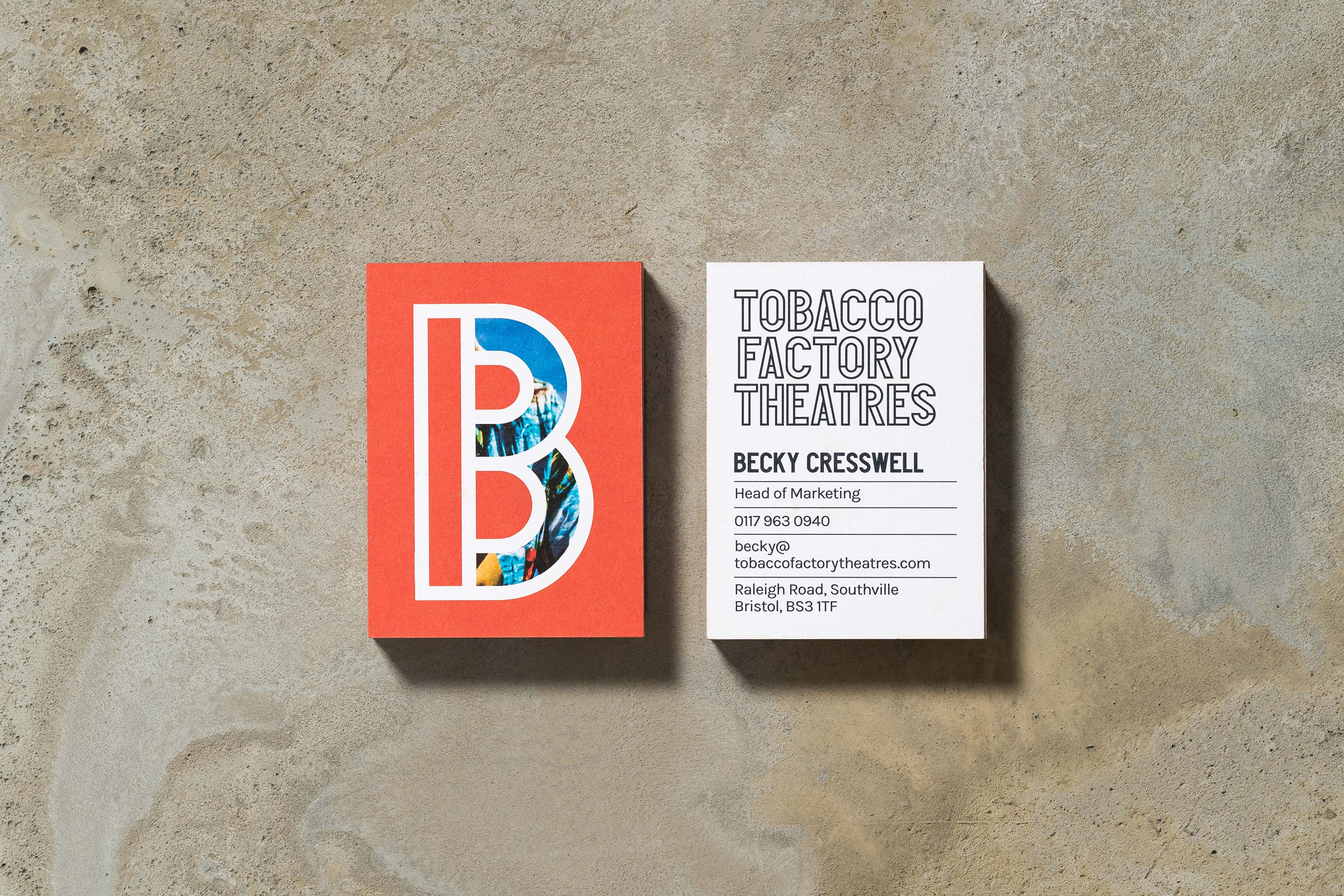 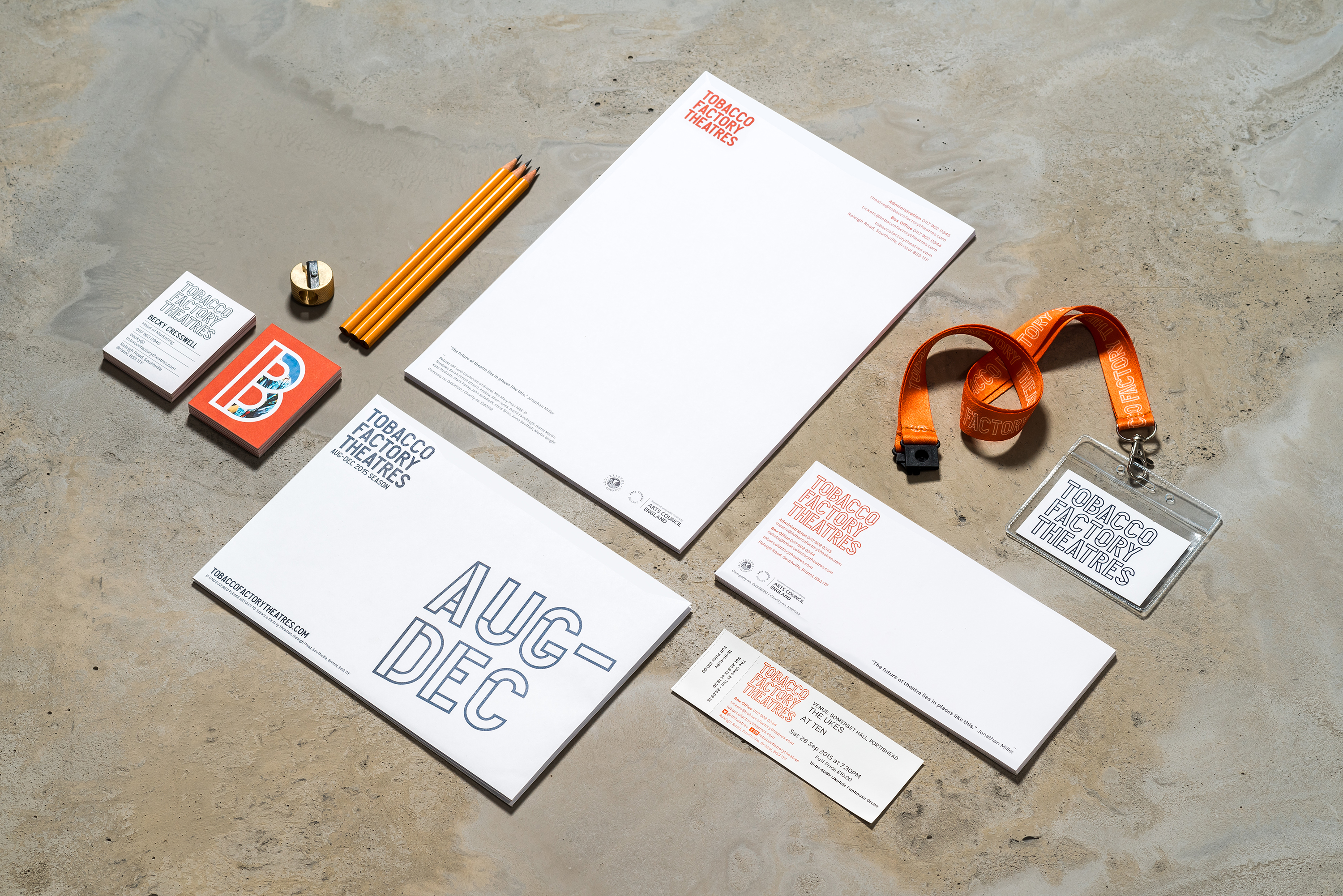 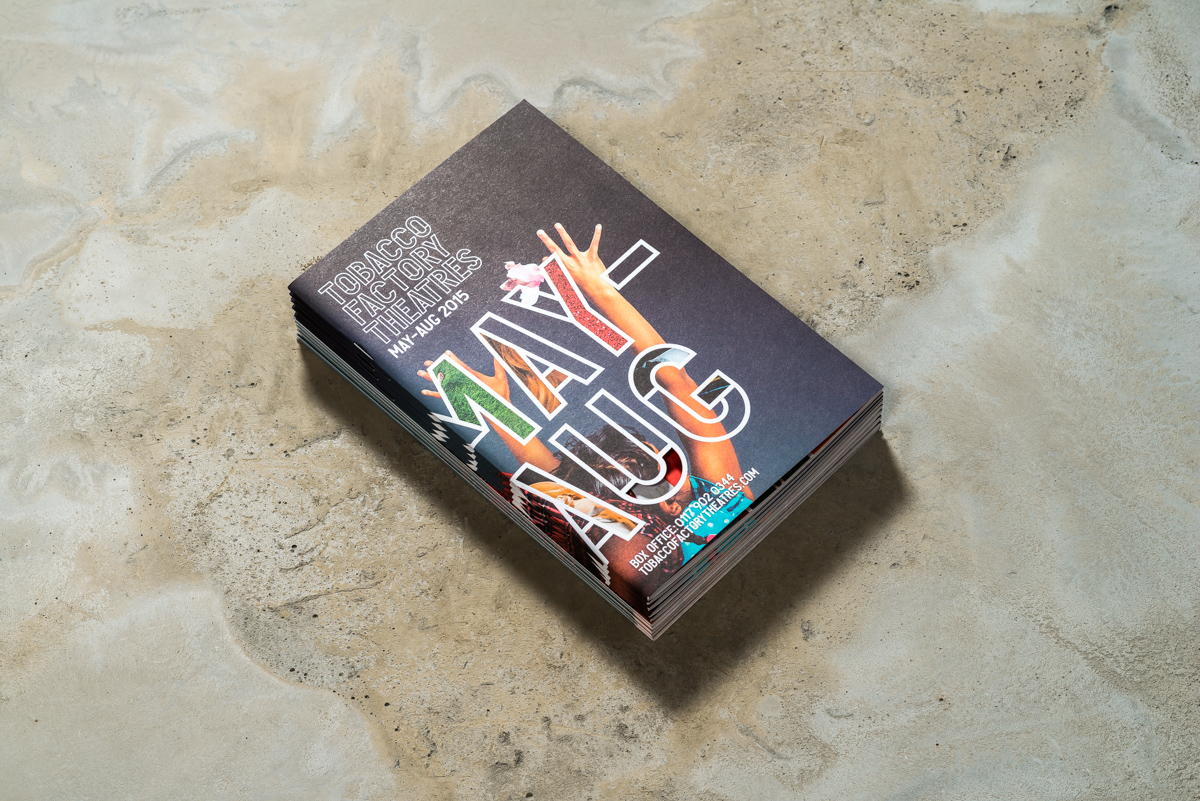 The Assembly typeface forms the backbone of an ever expanding visual system, that is both flexible and scalable in terms of application; something which is essential for an organisation involved in so many different programmes and events.

It’s been fantastic working with the dedicated Fiasco Design team on our visual rebrand. They brought fresh, enthusiastic eyes to the brief and have immersed themselves in Tobacco Factory Theatres, getting to know the organisation and what it represents. We’re delighted with the results.

If you’d like to speak to us about a future project or collaboration, say hi!