How to get started with 3D

Think back to the first Toy Story…

…Buzz Lightyear gets sucker-punched (perhaps deservedly) out the window for flashing his wingspan and lands in a bush outside.

This was the first time I geeked out over computer graphics – it was a very good bush.

The leaves had this waxy surface that reflected oranges and blues from the sky overhead. I understood the rest of the film had been conjured up on computers, but this plant looked unreal – no that’s wrong – it looked REAL. I remember wanting to know how it was done. 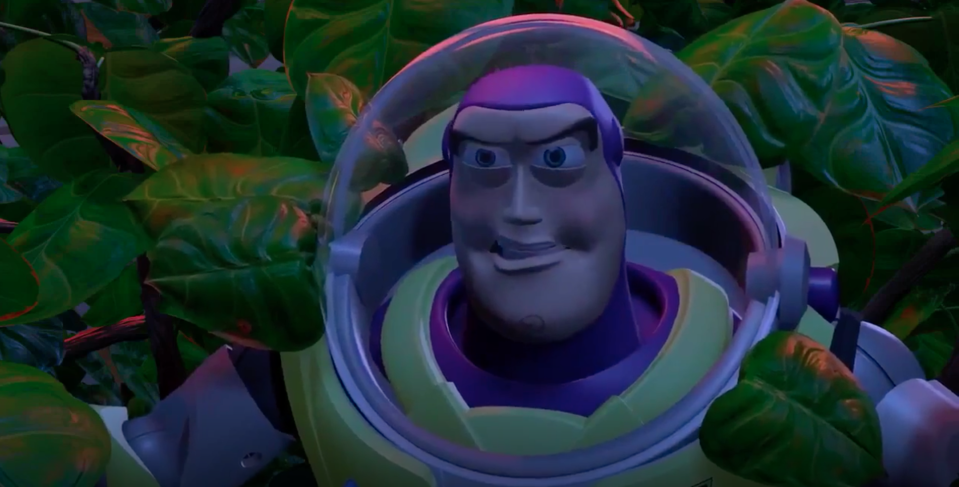 Jump forward two decades – yep, two whole decades (that’s around the same time Robin Williams spent stuck in Jumanji and roughly the amount of time it takes to wander round Ikea on a Sunday), and I finally sit down to learn. I avoided it for years because it scared the hell out of me.

A quick scan for tutorials serves up hundreds of Youtube videos made by young teenagers who are better at 3D modelling than you will ever be.

Google which software to use and you’ll find dozens of conflicting opinions. I’d download demos only to stare at screens I didn’t understand, failing to digest a language that meant nothing to me. Zilch.

So I’d like to share how I got started working in 3D; which software I use and a few of the tutorials that helped me make sense of it all. Hopefully this acts as a handy guide to help you get started.

In terms of software, I see a lot of designers playing around with Cinema 4D. It seems to be a fairly accessible 3D modelling tool. And in case you’re wondering, the 4th dimension in the title refers to time.

There’s a great tutorial site aimed directly at designers who want to get to grips with C4D which is worth checking out, and interestingly, C4D is free if you have a subscription to Adobe. Sweet. But, if you’re not already an Adobe user, you’re going to have to fork out approx. £1k for the software.

Take a look at this animation, ‘Agent 327’ from the Blender Animation Studio. It was made entirely in Blender and looks a similar quality to something Pixar might pump out. In fact, you’d be surprised to learn which large companies are using this free tool. Ustwo Games used Blender to model environments and animate characters for the first Monument Valley game and Tangent Animation recently released the feature length film, Next Gen on Netflix, again made almost entirely with Blender. Behind the scenes of Monument Valley

Tangent talk in depth about choosing to use Blender in this video, and touch on how they are working to improve the software internally and release those changes back into the open source community. Next Gen: The lighting in this movie alone makes it worth a watch… There’s also a future version of football played on roller skates in a halfpipe. Strong.

If you can’t already tell, I’m a fan of Blender. However it’s not all golden…

Scan forums and you’ll find the same negative comments when comparing Blender against other 3D tools. Some of the controls are a little unintuitive and it’s a fairly ugly piece of kit. But these kinks are heavily outweighed by the positive aspects of the tool, plus the fact you don’t have to pay a penny for it. Boom.

So you’ve downloaded Blender, now what?

I always point people in the direction of CG Cookie when getting started. They do a great job of thoroughly explaining the interface for complete beginners and their introductory lessons are completely free. Winner.

They have just updated their Blender introduction series, so you can follow a very enthusiastic designer – I’m guessing he’s three coffees in – walk you through the software for the first time. You can watch the beginner tutorials here. What does it all mean?!

Once you’ve got the basics down, this youtube tutorial, again from CG Cookie, takes you step-by-step through modelling a shop front. It’s a really handy tutorial to get a grips with the modelling basics. It’s all boxes and straight lines so nothing too scary and you create a pretty cool looking building. 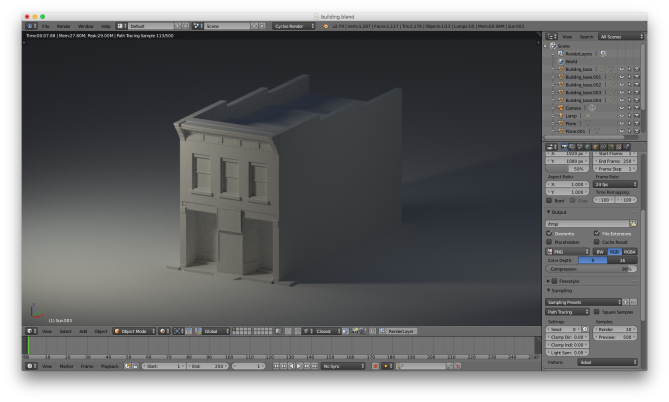 Throw a LONDIS sign up and the job’s done.

There’s plenty more amazing tutorials out there, but too much too soon is overwhelming, so that’ll do for now.

But in the future, make sure to check out CG Masters. They provide advanced tutorials for around £30 a pop, and if you’re getting the software for free, that ain’t too bad. They put a hell of a lot of effort into crafting their tutorials, often over 10 hours long and they take you step by step through fairly advanced modelling.

I followed their Jeep tutorial which walked you through modelling the car from scratch. It covers everything, from the technical (headache inducing) tyre tracks to the realistic materials for car paint and felt interiors. It was awesome. 1) You’re going to have to ditch the mighty mouse

If you’re a fancy Apple Mac user and currently wrapping your middle class fingers around a Mighty Mouse, I’m afraid you’re going to have to nip down to Curry’s and switch it up for a £5 Logitech beast.

Blender doesn’t get on well with the (Not So) Mighty Mouse. There will be a need for using the scroll wheel on a more traditional mouse and I’ve found that the Mighty Mouse seems to confuse the software. I use something like this. It’s inexpensive and works a charm.

The same goes for using a Wacom. Chill out Picasso.

2) Get your rights and left right

Blender likes to default your click to the right hand side. When you first open the program you’ll have to right click to select an object. Left clicking will simply move the position of your 3D cursor (the small crosshair icon). It feels confusing and makes no sense. It’s one of the little quirks that sometimes lets Blender slip into the unintuitive territory, but it’s simply the price you pay for not paying a price.

It’s easy to fix and I’d suggest doing it straight away. Just nip into user preferences, select the ‘Input’ tab and switch the ‘Select with’ option from right to left. Sorted.

Now go and make something

That’s pretty much it. Hopefully this gives you a nudge in the right direction and when you start firing out 3D masterpieces send them my way @ilikedoodles – I’d love to see them!

Feel free to ping me any questions on Twitter too and I’ll do my best to help out! Time for a refreshChange is good. It helps to refocus, to re-energise, to keep moving forward. Change nothing and nothing changes (as someone much smarter once said).  For the past six years or so, the Fiasco Design brand has looked the same. Our branding got stuck in time, minus a few small tweaks and minor alterations along the way. […] FD HQ has moved. Take a look inside our new home.It’s good to freshen things up every so often. It can help to refocus and energise. After three and a half years in our last studio space, and due to a growing team, it was time for a change. So, when the opportunity came up to take over another unit on the lane where we […]